"Leading the way to a healthier and more humane approach to managing the effects of HIV to Filipino Seafarers." 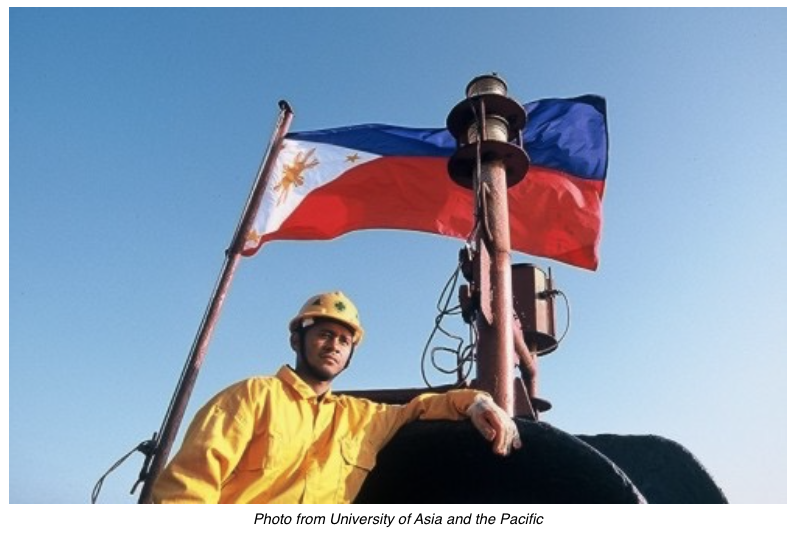 Have you dated a wholehearted and pure Filipino guy? Have you experienced his gentle, yet very manly side? That gorgeous tanned skin, nice smile, arms covered in veins and bulging muscles sculpted from hard physical labor that makes you want him to touch you in places you’ll lose all your senses to?

“They are very gentle, you can nag all you want, they will listen (or pretend to listen) and when you cry they hold you, comfort you.” These words are written and used by Jeanette Slagt to describe Filipino men in her article, ‘Character of a Filipino Man,’ on her website ‘LEAVING HOLLAND: Living Abroad.’ Popularly known as ‘JC from Holland,’ she left Holland and sold everything she owned on 2015 and according to her website: “In 2017 I started a long motorcycle trip throughout the Philippines.”

However, social and cultural norms in the Philippines expect a Filipino man to provide for his family and take the role of a patriarch or a FATHER FIGURE. Written on Cultural Atlas on Gender Roles of a Filipino’s Family structure are these words: “Filipino society is tagged as patriarchal. This is in part due to machismo attitudes and the masculine standards of many Filipino men.” This would mean taking the responsibility of providing for the family.

At some point in time, due to insufficient amount of income and lack of available employment opportunities in the country, a Filipino Father needs to find other sources of income to give his children enough food and a decent education. Written in the same website, Cultural Atlas, but on Household Structures of Filipino Families: “Some parents will leave their child in the Philippines in order to seek labour abroad to better support their family left behind.”

According to Seaman Jobsite.com: “Filipino seamen are one of the major contributors in the Philippine economy. As a matter of fact, they have been the major source of US dollar remittances in the country. To support all these the Trade Union Congress of the Philippines (TUCP) revealed in 2009 that the total amount of remittances from Filipino seamen sum up to about US$2.501 billion.”

Working as a seaman posts a lot of issues and challenges to Filipino seafarers such as LONELINESS and lack of affectionate care from loved ones as they are separated by long periods of time. In a journal entitled: “The Challenges of Filipino Seafarers Onboard: Basis for Work Life Balance,” the researchers stated that one of the common challenges faced by Filipino Seafarers is HOMESICKNESS which leads to fatigue and family issues. Working away for so long does not only impose a risk on their relationships, but on their HEALTH as well.

ITF Seafarers mentioned on their website that one of the main health risks a seafarer might face because of the nature of their work are HIV/AIDS and Sexually Transmitted Infections: “Seafarers have a greater risk of HIV/AIDS and STIs because of working and living away from spouses and partners, single-sex working and living arrangements, and the availability of sex workers in ports.”

In an article written by Ryan Jacobs for The Atlantic’s website, entitled “The Strange Quirks of Filipino Seafarers,” on August 9, 2013 talking about how the pressures of the shipping industry affected Filipino seafarers, he mentioned: “Many Filipino sailors make small incisions in their penises and slide tiny plastic stone balls – the size of M&M’s – underneath the skin in order to enhance sexual pleasure for prostitutes and other women they encounter in port cities, especially in Rio de Janeiro.”

According to a Filipino seafarer, Brazilian women working in prostitution aren’t only famous for having one of the most beautiful physical features among sex workers in port cities such as Rio de Janeiro, but also known to prefer Filipino Seafarers as clients.

In an interview written on Inter Press Service News Agency’s website and made by Mario Osava on October 24, 2001 to Denize Oliveira – a Brazilian working for 15 years as a prostitute, she said that: “They are easy to do business with. They treat us as equals and share everything.” Moreover, Mario Osava wrote on his article entitled: “Labour: Far from Home, Filipino Sailors Seek Sex Workers in Brazils Ports” that Filipino seafarers are: “Favourite clients of Brazilian prostitutes … were the most pleasant and the least inclined to haggle over prices.”

Textbook of Maritime Medicine’s website stated that: “In a study conducted by the Occupational Safety and Health Center in the Philippines in 1998, 59% of seafarer respondents confirmed to have contracted STD. A 2015 report of the Department of Health of the Philippines, which supplies the largest number of seafarers of any country globally, analyzed 2,250 HIV positive cases. 745 were Overseas Filipino Workers, of which 36% were seafarers. The main mode of transmission was sexual.”

Judging a person is easy if we know nothing about the circumstances he is going through. Before throwing unreasonable judgments to someone or to some group in particular, we must first look at why they tend to behave in the way they do. As mentioned on a research entitled: ‘The Filipino Seafarers’ Lived Experience Aboard International Shipping Vessels: A Basis for Health Promotion Intervention’ written by Ernesto R. Grogorio, the result showed that: “LONELINESS seemed to have contributed to their propensity to engage in high-risk sex behaviors.”

Having a better grasp or knowledge on a certain case may help us understand how certain people behave and in that way we can provide a better intervention that will help lessen the consequences of their action. This is one of the reasons why Positive Action Foundation Philippines, Inc. or PAFPI has been giving lectures on STI, HIV and Safer Sex Practices to aspiring seafarers from different agencies such as Sea Power Shipping Enterprises, Inc. The company, with a vision to be in the forefront in the field of crew management where their seafarers are deemed highly as their partners, has been allowing PAFPI to educate Filipino Seafarers as part of their commitment to quality through the PDOS Program or Pre-Departure Orientation Seminar for 16 Years.

Union Aid Abroad APHEDA has been funding PAFPI’s involvement in the PDOS program and other projects for Filipino Overseas Workers or OFW since 2001.  This partnership is anchored to protect the lives of Filipino Migrant workers including the brave souls and health of Filipino Seafarers – courageously traversing the lonely waters of the earth and facing the challenges along the waves of an endless horizon.

Union Aid Abroad APHEDA, Positive Action Foundation Philippines, Inc. and Sea Power Shipping Enterprises, Inc. – leading the way to a healthier and more humane approach to managing the effects of HIV to Filipino Seafarers and protecting the heart and soul of a Loving Filipino.